I always enjoy using pictures with my writing and this article is no exception.  I could show you pictures of people painting walls, revamping golf course accessories, grooming trails, and turning wrenches but we have been over all of that in previous articles.

The first picture gives a pretty good idea of just how much snow we have on the golf course: 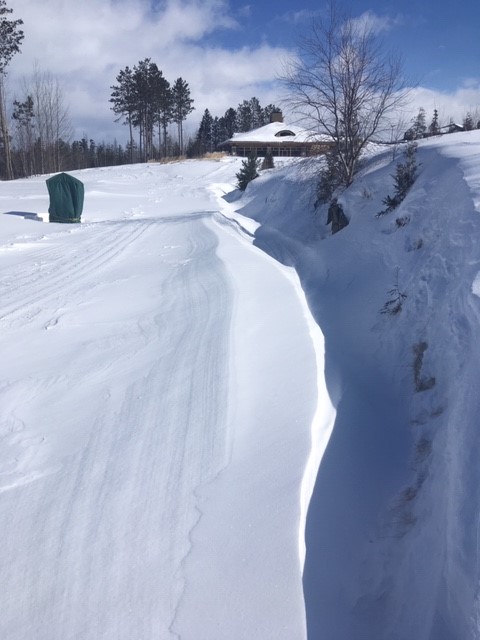 The snow drifts have become so gnarly (over 5’ in spots) that we had to re-route the cross-country ski trails on top of the snow drifts since the existing trails became impassible.  First time this has happened in the fifteen years that we have been performing this work.  There really is a lot of snow out there.

The second set of pictures is a comparison between 2015 and the present time: 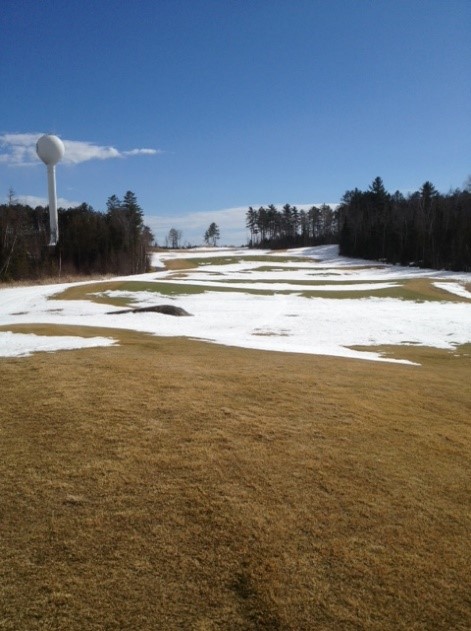 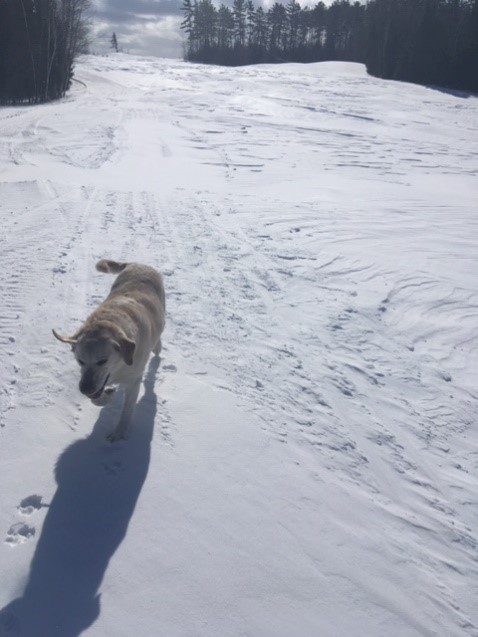 As is obvious in the picture, this winter appears to be hanging on with heavy snowfall amounts in February (28”) and sustained low temperatures.  In some ways similar to last year (yikes!) but with a key difference-we have been consistently below freezing for virtually the entire winter.  This is important because we do not have the formation of glacial ice sheets underneath this heavy layer of snow.   For this reason I do not foresee the wide scale damage to the golf course as we did last year-as least not in the form of ice-suffocated, dead turf.  One thing that I do expect to see once the snow begins to leave is both pink and grey snow mold in areas of the rough where we do not treat for these diseases.  We may even begin to see disease breakthrough in treated bentgrass areas-especially if the spring thaw occurs much later than is “normal.”  This year will be a great test of the efficacy of our fall snow mold treatments-though the damage that we sustain from any kind of breakthrough is rarely anything more than superficial.  That being said, this winter cannot go away soon enough.  We have much work to do before opening in May and the more time we have to perform the work, the better product we can provide.  We sure could use an April that is conducive to turf growth and getting work done but at the moment, I see no hint of spring and with the amount of snow we have to melt, it will take a drastic change in the current weather patterns to make this happen.  Stranger things have happened.

We look forward to seeing you in a few months.